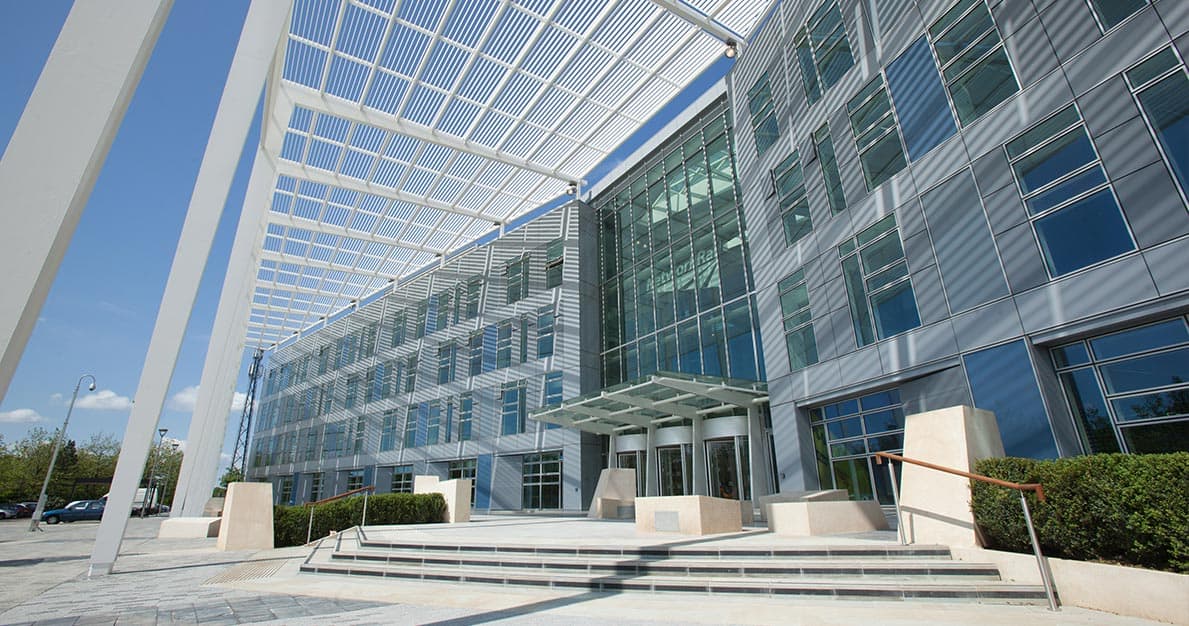 Biztech, the technology forum for Milton Keynes, recently invited local business people to learn about the new Network Rail Centre in Milton Keynes. Howard Penstone, Network Rail’s Business Development Manager, explained why Milton Keynes was chosen as the location for the centre and described the innovative approaches to planning and design intended to minimise the carbon footprint of the site once it is up and running

Attendees were also given the opportunity to discuss the likely impact of up to 3,000 people working at the new centre on the transport infrastructure of Milton Keynes, and in particular what it will mean for the Low Carbon Transport Strategy. To facilitate this discussion, Dr Helen Roby of the Open University presented findings of her research, carried out alongside Stephen Potter, into the effectiveness and acceptance of sustainable transport policies and projects.
The audience learned that  Network Rail were not responsible for  operating passenger trains but managing the infrastructure – rails, power and signalling – and the setting of timetables. Across the rail network there are 1.3 billion passenger journeys per year – currently a sixty year high – and around three million passengers travel on the network every day. These figures are set to double over the next thirty years. And despite how maligned the rail service is, trains are still the safest way to travel and are more punctual now than they have ever been.
Howard Penstone explained the rationale for Network Rail’s move to Milton Keynes and how the Quadrant, as the site has been named, will contribute to greater efficiencies, both in terms of cost for the organisation and its overall environmental impact.
Milton Keynes was identified as the ideal location for new headquarters because of its easy accessibility by both road and rail, whilst the site of the former hockey stadium was considered perfect due to its close proximity to the rail station, which would allow a large number of members of staff to commute by train.

Additionally, Network Rail was able to form a solid partnership with key agencies like Milton Keynes Council and Invest Milton Keynes who were instrumental in driving the project forward. The Homes & Communities Agency also played a major role in the project.
By moving the majority of staff members to one central location will mean a huge reduction in operational costs – at least £20 million per year. Huge savings will also be possible as a result of the site’s environmental credentials. Howard explained that the new National Centre promises to be one of the most sustainable office developments in the country and has been awarded a Building Research Establishment Environmental Assessment Method (BREEAM) Excellent design stage rating.
By combining the best of old and new technology, the centre will not only lower costs, but also dramatically reduce the organisation’s impact upon the environment in terms of energy and water usage and overall CO2 emissions. Heating and ventilation will be controlled and regulated by high technology monitoring equipment; the latest energy saving IT equipment will be used; and water will be ‘harvested’ and treated for non-drinking use.

The audience members were impressed by how The Quadrant is taking shape and by the thought that has gone into its design. But they were naturally concerned about the potential impact of 3,000 people working at the site when it is fully operational could have upon local transport, parking and, of course, the environment.
Howard explained that it was anticipated a 30% to 40% of employees would travel by rail, whilst car parking on-site would ‘absorb’ about 900 employees. The shortfall will be managed by a workplace travel plan with initiatives including car-sharing. In addition there will be 250 bike spaces as well as electric car charging points, all of which would add to the sustainability of the building.
Dr Helen Roby explained that the OU’s research highlighted the challenge to get people to change their behaviour regarding sustainable transport policies.
Research has shown there is generally resistance to sustainable transport policies because people think they are being imposed on them – but if the policies are voluntary and communities ‘buy in’ to projects and policies they are better received. This is also the case if business benefits can be demonstrated. Benefits such as reduced costs, reduced time spent travelling and improved access to the work-base.
Possible policies and projects vary from simple cycling to work schemes right through to changing entire vehicle fleets over to alternative fuels or replacing them with electric vehicles.  Businesses can make real savings in the long-term if policies are properly thought out and efficiently implemented, but there are often short-term cost implications, which are often barriers to change.
“It was fascinating to get such a detailed insight into the new Network Rail headquarters and its environmental credentials from Howard,” commented Fredi Nonyelu, Chair of Biztech. “And Helen’s presentation provided some really interesting background to the acceptance and benefits of sustainable transport policies.”
“The event also allowed attendees the opportunity to discuss the likely impact upon the transport system and the environment of such a large number of new people working in Milton Keynes, as well as the types of sustainable policies that might work for businesses in Milton Keynes.”