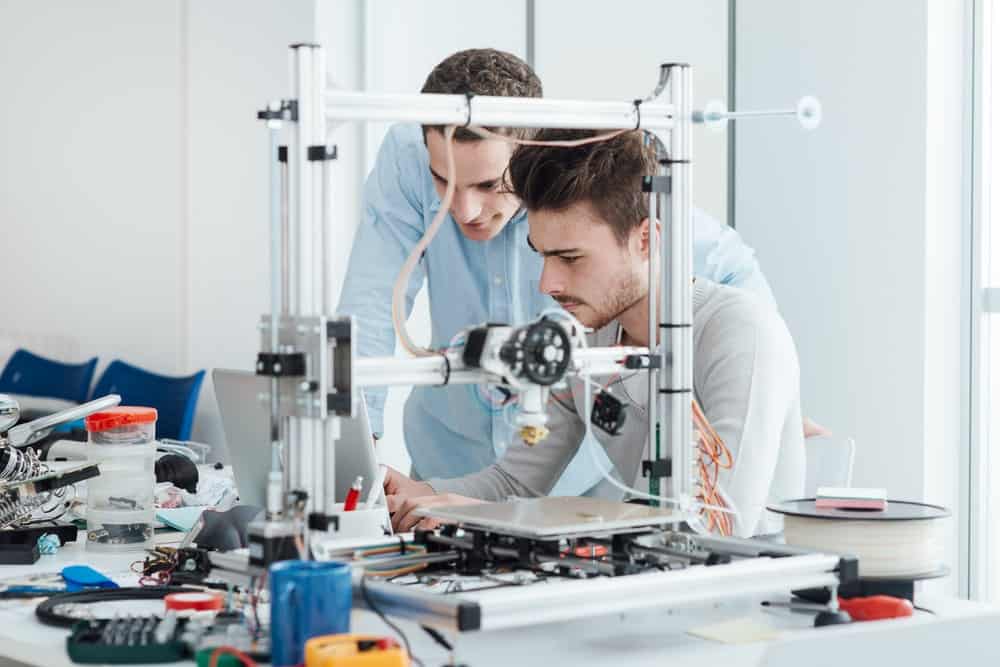 A top destination for quality tech education in the UK

Milton Keynes is one of the most advanced new towns in England that has been at the centre of the tech revolution for many years. Throughout its history, it has remained at the forefront of innovation and technology education. From code-breaking operations during the Second World War to High-Performance Technology today, innovation in technology has always been the defining feature of this modern Buckinghamshire town. It has the right infrastructure, organisations and resources for the development and advancement of cutting-edge technology. And with plans to establish world-leading technology courses and institutions in the coming years, Milton Keynes is well on its way to becoming the best technology hub outside of London.

Milton Keynes has excellent local schools and institutions that can give young minds the encouragement and support they need to pursue a successful career in technology. For example, the Open University is one of the largest universities in the UK and a leading institution for flexible, distance learning education and research in this country as well as 157 others. It allows students to pursue tech-based undergraduate and postgraduate courses in Computing & IT as well as other related fields such as Engineering, from any corner of the world. Similarly, Cranfield University is also a pioneering specialist postgraduate university that offers students a chance to gain in-depth understanding and expertise in advanced science and technology areas. They also provide master’s level apprenticeships, CPD and Open Executive Programmes for people looking to upgrade or enhance their skills and knowledge of a particular subject area.

Lastly, there is MK College. One of the most popular educational centres in the region, it offers a wide array of diploma as well as T level courses in digital technologies that are highly advanced and well-rounded to suit industry needs. From cybersecurity and animation to web development and IT, there are a large number of tech and digital courses that are on offer for students who wish to explore and gain expertise in the field of technology. Since Milton Keynes has offices of several world-leading and national tech giants, these students are very well-placed to explore training and work experience opportunities with them.

Milton Keynes is also home to several technology forums and hubs such as Biztech, that are dedicated to bringing the local tech community together. Such organisations and initiatives have been playing a vital role in providing the right educational and business support to tech enthusiasts in MK. 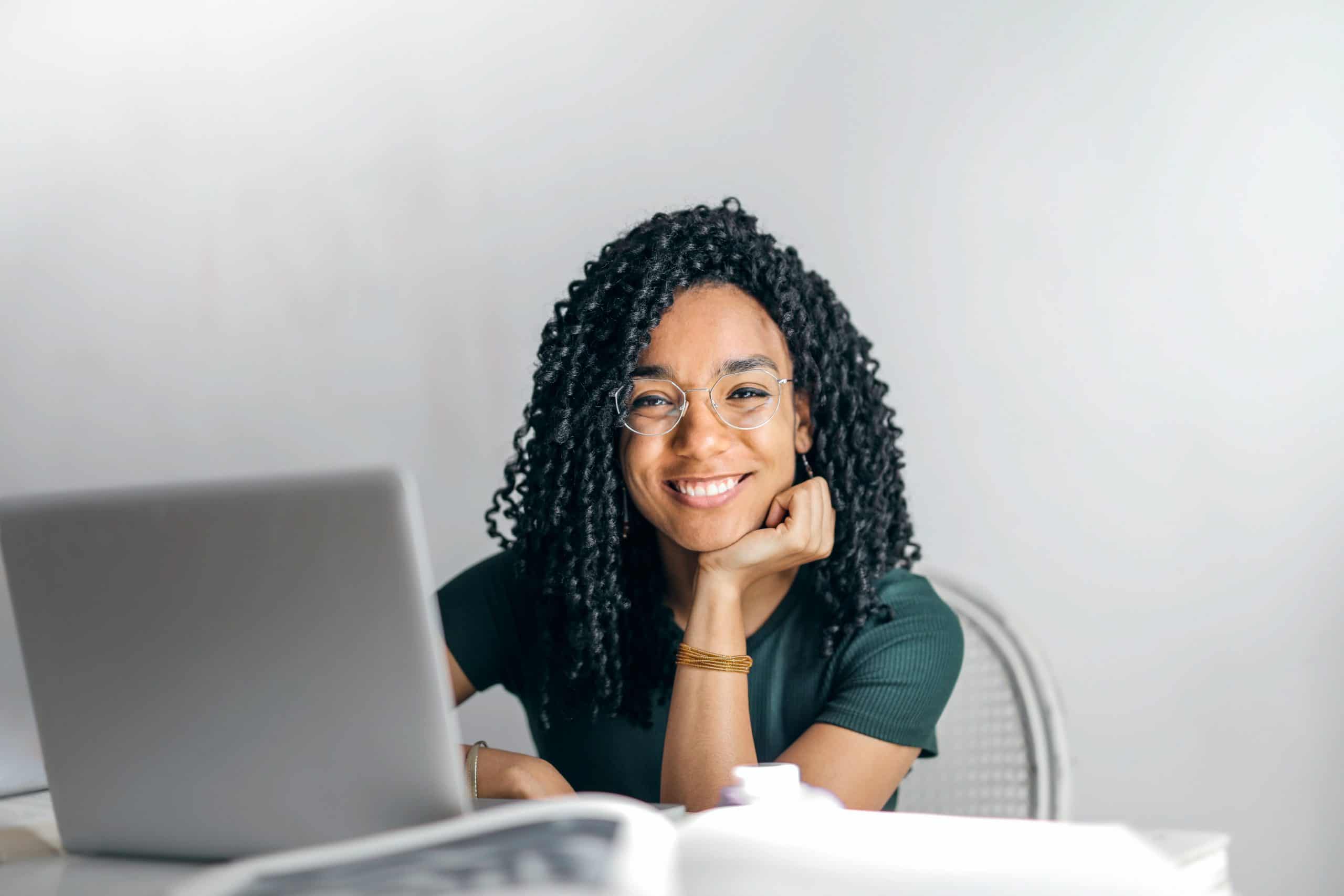 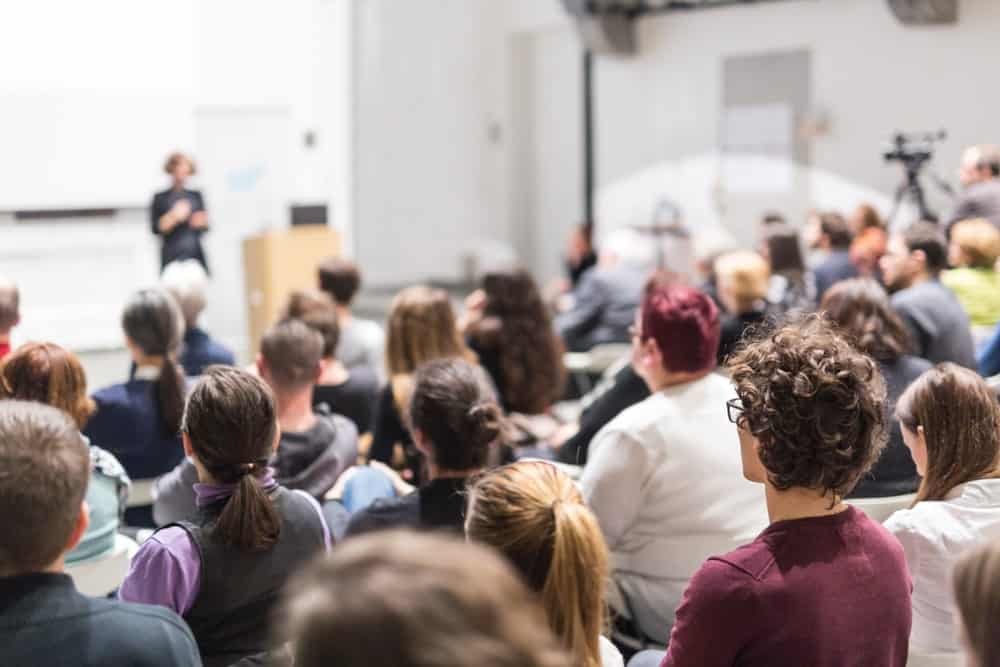 THE NEED FOR QUALITY TECHNOLOGY EDUCATION 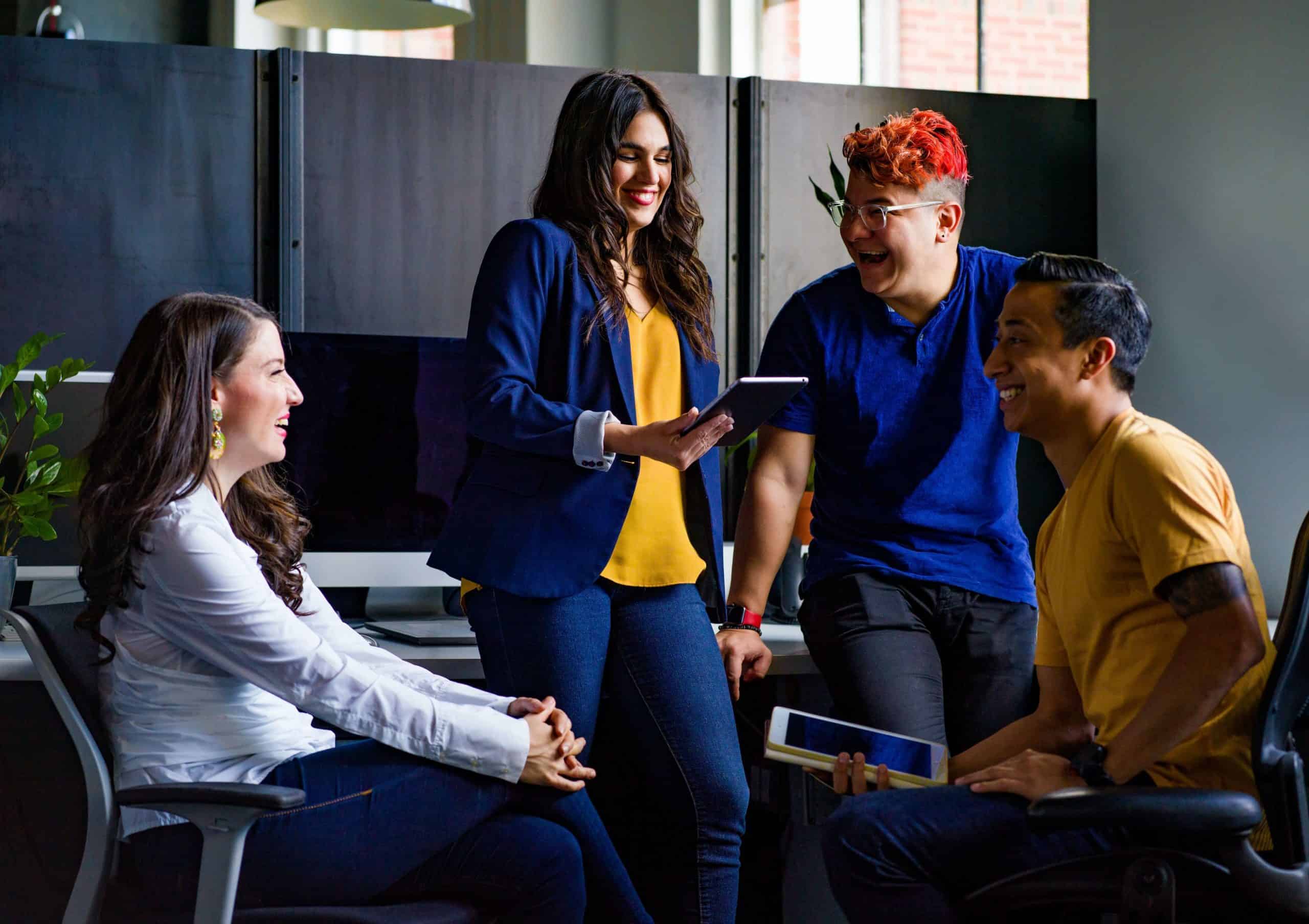 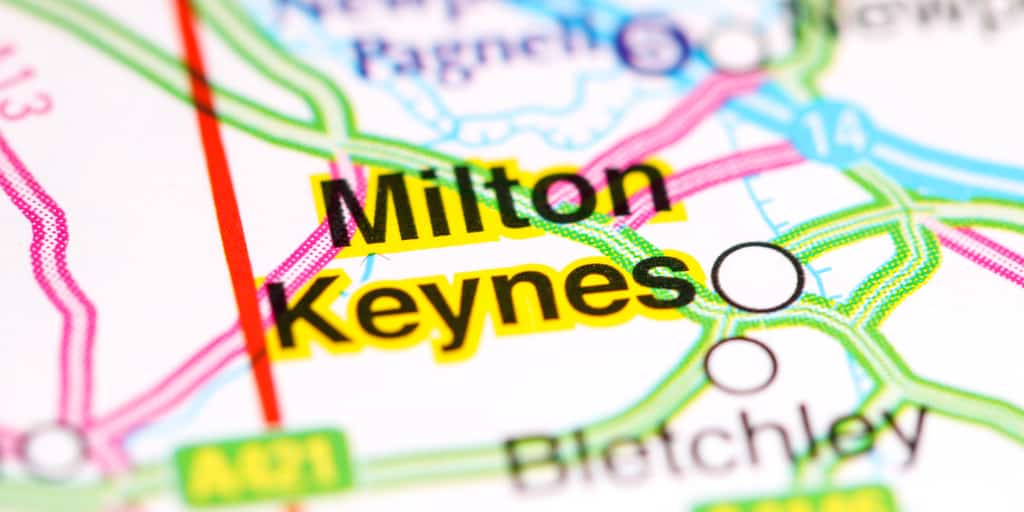 Milton Keynes is one of the largest urban towns in the country but is yet to have its own university. The plans to establish MK: U, are well underway, as proposed by Cranfield University. They aim to change the way higher education is delivered and make it more refined and technology-based, such that MK: U graduates can fulfil the employment requirements of modern organisations.

At the moment, there is a noticeable skills gap that can be attributed to the absence of a local, dedicated tech institution in Milton Keynes. To address this, a consortium led by Milton Keynes College, along with leading groups like Cranfield University, Microsoft, KPMG, McAfee, and Evidence Talks among others, has proposed a plan to create the South Central Institute of Technology (SCIoT) in Milton Keynes. The Department of Education has already granted a sum of £28M to develop a state-of-the-art facility that provides and supports higher-level technical and digital qualifications for the new generation of tech enthusiasts.

Milton Keynes is situated in the heart of Buckinghamshire, with great transport links to some of the major cities in England, including London, Oxford, and Cambridge. In fact, the government has already identified the economic significance of this Cambridge-Milton Keynes-Oxford arc and plans to invest in the development of the region in the near future. This puts MK in a perfect position to host an advanced technological education institution that caters to a large number of digital and tech companies in the surrounding regions. The Institute of Technology will be based in the vicinity of Bletchley Park, the top-secret location of British code-breakers in the past.

THE FUTURE OF TECHNOLOGY EDUCATION

The SCIoT in Milton Keynes will be one of the 12 that are being planned throughout the country, in various locations. These leading institutes are expected to introduce modern concepts of digital and tech in a way that encourages students to think new and different. The curriculum is said to be based on five of the most important areas of technology today, i.e., Security, Programming, Networking & Cloud, Data & Analytics, and Games & Animation. The institute plans to enrol 1000 students and equip them with the right digital and technological skills that can help them become the best tech innovators of tomorrow. These students are also expected to fill the tech skills gap in the industry through their expertise, education, and innovation.

Technology education in Milton Keynes is undergoing a major transformation. As the town gets ready to host world-class technology institutes and universities in the near future, there is no better place for the future of technology in England, than Milton Keynes. 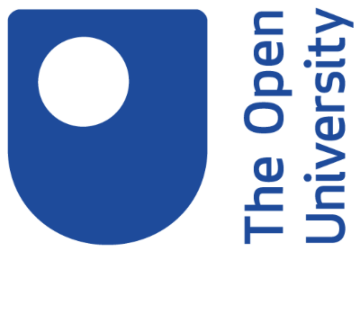 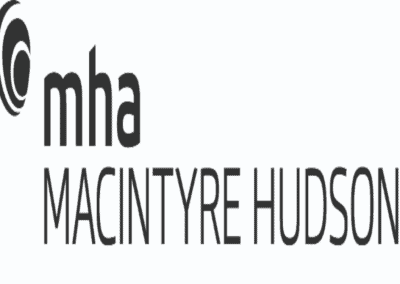 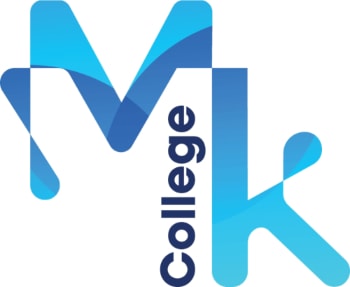 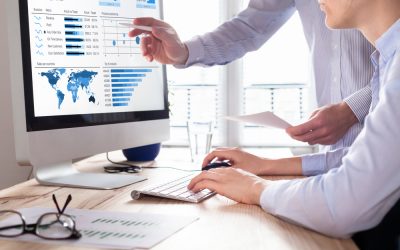 The Milton Keynes tech and digital community have come together to offer local businesses a unique opportunity to get trained in several different digital skills through free workshops, as part of the SkillsHub:MK initiative. Along with subjects like digital...

END_OF_DOCUMENT_TOKEN_TO_BE_REPLACED 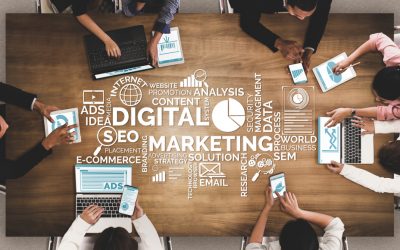 SkillsHub:MK is off to a great start, thanks to the efforts and involvement of some of the best tech and digital players in Milton Keynes. The aim of providing free workshops to local businesses who wish to reskill or train in the latest digital technology skills is...

END_OF_DOCUMENT_TOKEN_TO_BE_REPLACED 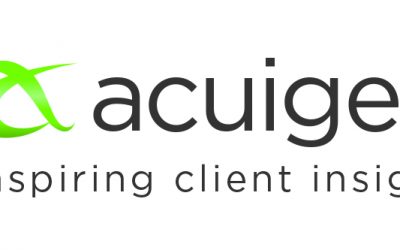 Our Biztech awards for our CustomServe technology have supported us win many contracts, and have helped us build our credibility in our marketplace. In a competitive marketplace it’s really important to be able to stand out from the crowd – and that’s where Biztech...

END_OF_DOCUMENT_TOKEN_TO_BE_REPLACED

I came across the Biztech Forum about 18 months after starting my Engineering Consulting Company. I was still finding my feet and had been doing the rounds of various networking groups. From the first meeting I attended the Biztech Forum was different! Noteably, the meeting was about arranging Events for members to inform and educate them about business and technology topics, not businesses (mostly irrelevant to me) trying to sell to each other! 11 years on and I am a Director of the Forum and have found great value not only in the Events, but most particularly in being able to collaborate, associate and work with like minded peers and leaders be they with technical, entrepreneurial, education, business or any other background.

I joined Biztech because I saw an opportunity to help more Tech Business owners in the region. The Biztech Board is full of enthusiastic and very experienced tech leaders and their passion and vision to helping others was the main reason that I joined. My membership has helped me to expand my network and make quality connections within the tech sector. I look forward to supporting not only Biztech but also its members and stakeholders for many years to come.

We joined Biztech to discover more about and engage with the community of technology businesses within the Milton Keynes region.  We benefitted immediately from the events that Biztech presents that address a range of highly relevant subjects and that have helped us to feel very much at the centre of the local community of businesses.

It became apparent however that there was much more than Biztech could do to help the region’s technology businesses to thrive, for example by looking for ways to address the shortage of young people choosing a career as an engineer.  It was a great privilege therefore to be able to help establish the massively successful ‘Engineering your future’ Biztech event held annually for schools.

We’d love to hear from you! Get in touch with us for more information about becoming a Biztech member.