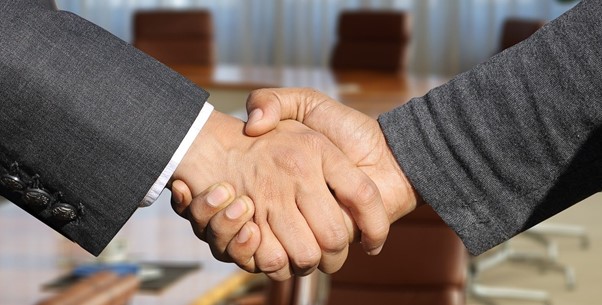 The webinar was entitled ‘Virtual Connections Cafe: Challenging Procurement webinar’.  It featured two technology businesses that have sold solutions to Local Authorities, as well as the CPC –working hard to help businesses to find their way into Public Sector contracts.

Their stories revolve around the government’s procurement platforms – e.g. the Contract Finder Service and the G-Cloud Framework.

In short, it is frustratingly difficult to win contracts unless you are very clear about the problem that the tenderer, e.g. a Local Authority (LA), is trying to solve.

It may be that the LA are themselves unclear and are using the tender process to help provide clarity.

One tender that we responded to appeared to be such a case.  The list of requirements was long.  It was vague about the objectives being served, contained a great deal of repetition, and had all the hallmarks of a committee at work with its members drawn from different departments across the LA.

The tender was awarded to a company that already served the LA in question.  From the evidence presented during the webinar, this was perhaps to be expected.  The company in question probably had a much clearer understanding of the problem that the LA was trying to solve than newcomers such as ourselves.

Other concerns raised, that compound the difficulty, include:

The advice given by all involved in the webinar was clear.

In order for a tech company to win a contract from a public body such as a Local Authority, it helps greatly to already have a working relationship with them.

This means taking an idea, a proof of concept, or a prototype along to them and getting feedback about its relevance to the objectives and issues that the public body is facing.

The feedback is crucial for gaining a better understanding of their requirements and how your proposed solution should evolve.  (You may also be influencing the requirements stipulated in any subsequent tender in your favour).

A further step in the right direction is to seek potential funding for your solution through a funding competition (e.g. via a Catapult such as CPC, KTN, Innovate UK).  Evidence of collaboration with a Public Body will boost your chances of success.  And Public Bodies will be happy to collaborate if they stand to acquire a fully funded solution that will deliver value.

Biztech is here to help develop the working relationships needed to make procurement work – across the community of tech companies, Local Authority departments who are horizon scanning for new ideas and applications, and instigators and promotors of innovation such as the Catapults.

The government’s intention to procure from up-and-coming tech companies is plain to see, and the frameworks are falling into line with this intention.  But tech businesses require help to knock on the right doors and get the attention they need.

This is where Biztech comes in.

Member of the Biztech Management Board